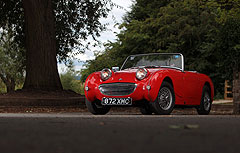 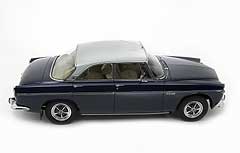 The basics of image copyright explained

Sometimes Magic Car Pics licenses its image for online use, which means that our pictures end up on websites legitimately, as theyâve been paid for. The problem is that once theyâre in the public realm, people think they can download any pictures they like via google images, and use them in their own websites, thus helping themselves to the property of other people in the process.

The thing is, life isnât that easy. If you use a picture that you havenât paid for, and itâs not copyright-free, youâre in breach of copyright. Thatâs a criminal offence, which means that you can be sued â breach the copyright of one of the big image providers and you could be out of pocket to the tune of thousands of pounds. And all for using an image that youâre not entitled to use.

Itâs a common enough scenario. We contact someone who has taken one or more of our pictures from google images and slotted it into their website. We discover whatâs happened (the reverse image search feature at https://images.google.com/ is our best friend) and we get in touch to ask for payment for the use of our picture.

Itâs at this stage that the breach of copyright is blamed on an intern who has now left the company, leaving those left behind with no knowledge of the misdemeanour. Unfortunately, the company that owns the website is liable as itâs done the publishing. So if we find any of our pictures on your website, weâll take screen grabs and then ask you for evidence that youâve paid for the use of our pictures â which of course you wonât be able to provide because youâve stolen them.

Itâs at this point that weâll establish where youâve stolen our pictures from, before presenting you with a bill for their use. Because weâre nice we wonât initially send any threatening letters; weâll just ask you to pay what you should have paid, and a bit more for taking up our time. But if you decide that ignoring us will make us go away, weâll up the ante. We donât like to involve lawyers because it gets stressful and expensive for everyone, but nobody likes to be ripped off so we will get heavy if we have to, and ultimately it wonât be us bearing the cost of any legal action â itâll be you.

For more on UK copyright law (relating specifically to images) you can read this document.

To see how easy it is to come unstuck, this blog post makes interesting reading; it explains how a $10 photo ended up costing a company $4000 because they stole a picture using google images, then got found out.

But the bottom line is that if you take an image from the internet and you use it without paying to do so, unless your source specifically states that the image is copyright-free, it isn't. The image doesn't have to be watermarked in any way and it doesn't have to say that it's copyrighted, because that's automatically the case without any need to register anywhere to say so.